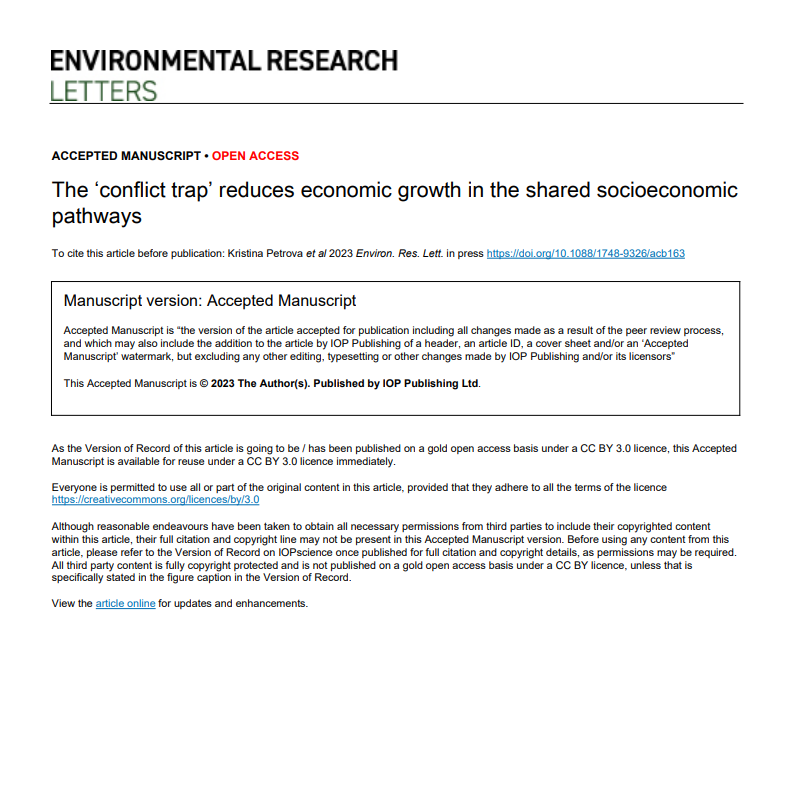 Abstract: ​Armed conflict and economic growth are inherently coupled; armed conflict substantially reduces economic growth, while economic growth is strongly correlated with a reduction in the propensity of armed conflict. Here, we simulate the incidence of armed conflict and its effect on economic growth simultaneously along the economic pathways defined by the Shared Socioeconomic Pathways (SSPs). We argue that GDP per capita projections through the 21st century currently in use are too optimistic since they disregard the harm to growth caused by conflict. Our analysis indicates that the correction required to account for this is substantial – expected income is 25% lower on average across countries when taking conflict into account. The correction is particularly strong for the more pessimistic SSP3 and SSP4 where expected future incidence of armed conflict is high. There are strong regional patterns with countries with contemporaneous conflicts experiencing much higher conflict burdens and reduced economic growth by the end of century. The implications of this research indicate that today’s most marginalized societies will be substantially more vulnerable to the impact of climate change than indicated by existing income projections.