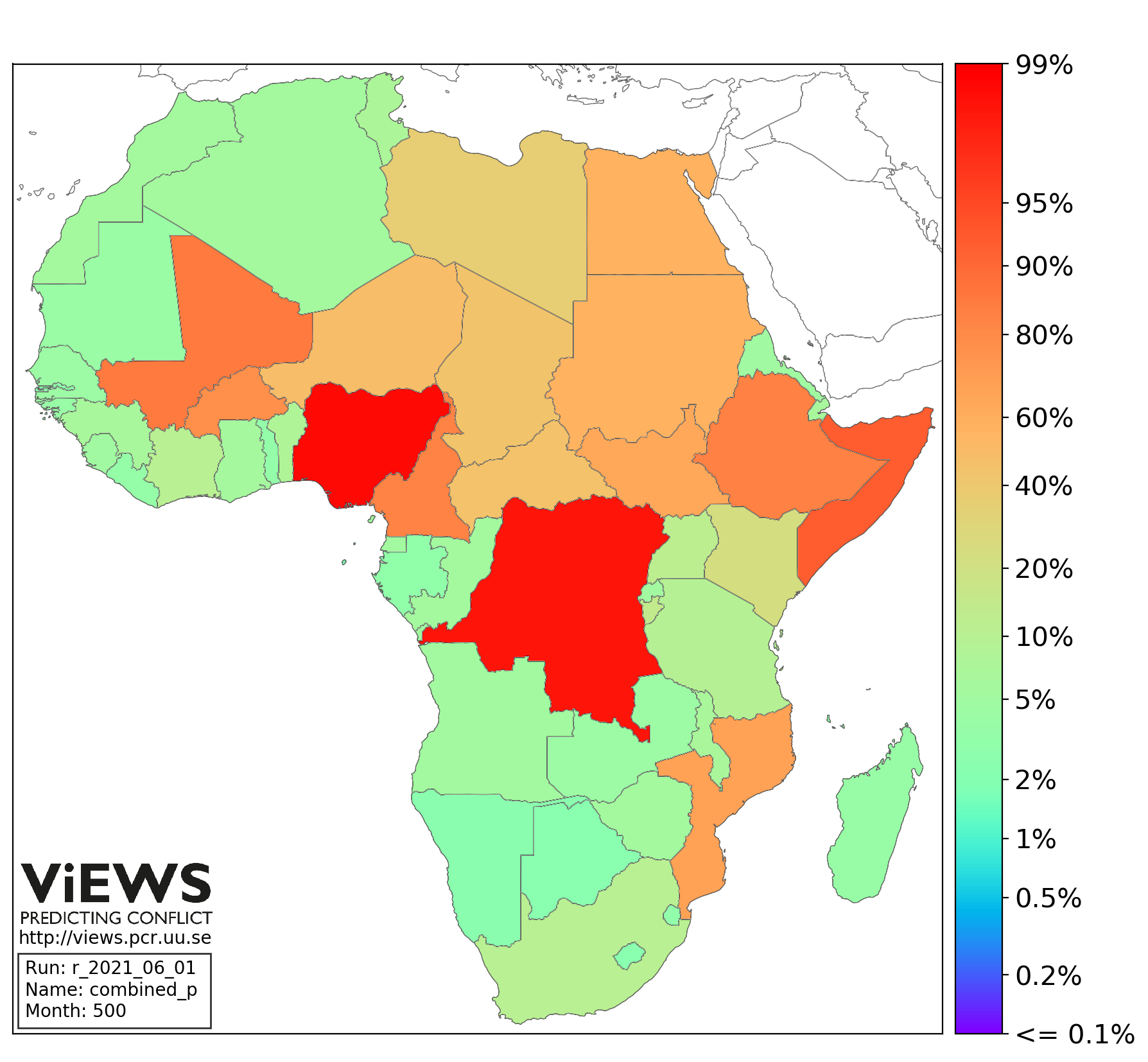 The Risk Monitor: Forecasts for August 2021

ViEWS generates high-risk alerts for countries with a recent history of fatal political violence. By August 2021, 25 or more fatalities per month from at least one type of violence that ViEWS predicts are almost certain in DRC and Nigeria, and highly likely in Somalia, Mali, Ethiopia, Cameroon, and Burkina Faso (>75% risk).

More specifically, the sub-national forecasts for at least one fatality per approximately 55x55km location and month highlight Borno, Katsina, Kaduna, Zamfara, and the South-East states in Nigeria, the Far North and Anglophone region of Cameroon, the Ituri and Kivu provinces of DRC, the extended border areas between Mali, Burkina Faso and Niger, the Tigray region and scattered locations across Oromia and Amhara in Ethiopia, Mogadishu and other select locations in southern and central Somalia, the coast of the Sinai peninsula in Egypt, as well as the Cabo Delgado province in Mozambique, as particular ‘hot-spots’ for political violence over the near future. Diffuse risks furthermore form a belt across the Sahel region, its southern neighbours, and the Horn of Africa.

Changes to the sub-national forecasts as compared to last month are predominantly confined to the regions above. Of particular note are the risk elevations in Ethiopia and Nigeria, further discussed in the sections below.

At the country level, the combined risks of 25 or more fatalities from at least one of the three types of violence that ViEWS predicts have increased for a number of countries, most notably for Chad, Ethiopia, and Burkina Faso. Pronounced risk reductions are also observed for South Sudan and Mozambique. Read more